Together we can make a difference!

Together we can make a difference!

Raising awareness, funds, and resources for this rare and usually deadly cancer

Raising awareness, funds, and resources for this rare and usually deadly cancer

by A Rhea of Hope

will be a virtual event on

Buy Tickets for the Event

Our amazing team of regulars and part-time volunteers are committed to helping others. We take our convictions and turn them into action. Think you would be a good fit? Get in touch for more information!

Seeing a need to bring more awareness and funds for Cholangiocarcinoma, a rare cancer, also called Bile Duct Cancer, we formed this organization to  educate the local public about this deadly cancer that is now affecting so many young people.

Our mission is to raise awareness and funds for Cholangiocarcinoma, a rare and usually deadly cancer. and to be a resource with those dealing with this cancer,

Different parts of the bile duct system have different names. In the liver it begins as many tiny tubes (ductules) where bile collects from the liver cells. The ductules come together to form small ducts, which then merge into larger ducts and eventually the left and right hepatic ducts. The ducts within the liver are called intrahepatic bile ducts. These ducts exit from the liver and join to form the common hepatic duct at the hilum.

About one-third of the way along the length of the bile duct, the gallbladder (a small organ that stores bile) attaches by a small duct called the cystic duct. The combined duct is called the common bile duct. The common bile duct passes through part of the pancreas before it empties into the first part of the small intestine (the duodenum), next to where the pancreatic duct also enters the small intestine.

Cancers can develop in any part of the bile duct and, based on their location, are classified into 3 types:

Adapted from the American Cancer Society

Diseases in the liver or bile ducts

Abnormalities where the bile duct and pancreatic duct meet

Other rare diseases of the liver and bile duct

Other risk factors include

Rare cancers are those that affect fewer than 40,000 people per year in the U.S. As a group, they make up just over a quarter of all cancers. Because rates of cancer in children are very low, all children’s cancers are considered rare. A quarter of all cancer deaths each year are due to rare cancers. Although new treatments are always being developed, finding new treatments for rare cancers can be difficult for many reasons.

Why are rare cancers challenging?

Rare cancers are challenging for patients, doctors, and scientists.

****Unfortunately, due to Covid-19, we have to cancel our Oktoberfest 2020.  But we will come back bigger and better in 2021!! However a virtual Oktoberfest is being planned. Stay tuned for that!

Saturday, September 19, 2020 is our 2nd annual traditional family-friendly Oktoberfest fundraiser for the Cholangiocarcinoma Foundation from 4:00-9:00 p.m. at the Covington Trailhead.  Last year, our first year, we were hoping to break even, raise awareness, and have a good time so people will want to return.  We ran out of armbands at 1,000 and estimate 1,200-1,300 people attended and we were able to send $10,000 to the foundation and put $1,500 in the bank to start on this year's event.  This year we have a fun and popular German band called The Brats,  performing, more interactive activities and songs for all ages, a " Bile Duck Depot" store filled with adorable duck, and  items,  lots more Bile Duck games for children and some interesting adult games. You won't want to miss it!! 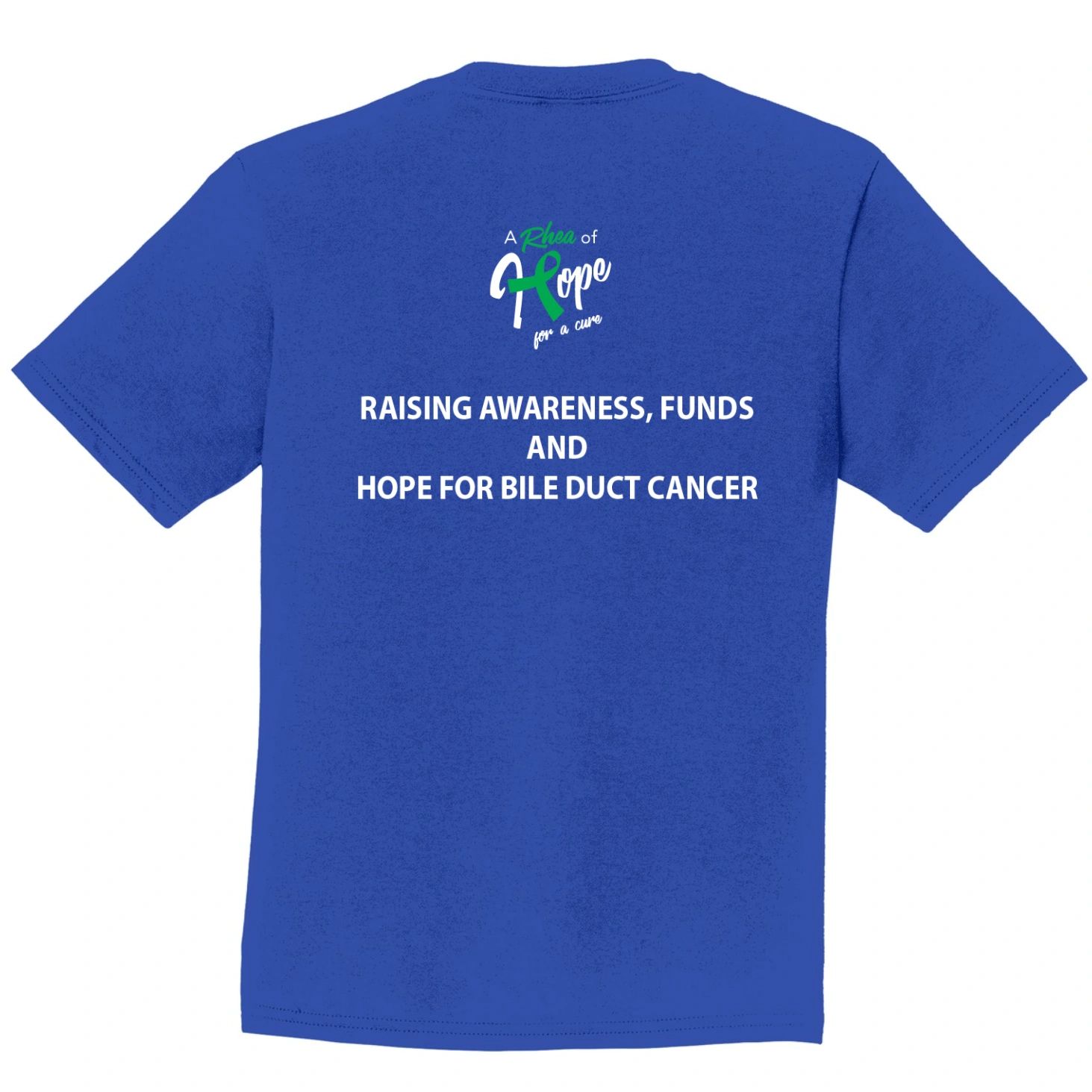 A Rhea of Hope

Please Help Our Cause

Your support and contributions will enable us to meet our goals of raising awareness and funds for the Cholangiocarcinoma Foundation to provide research to find cures, treatments, and early diagnosis of Cholangiocarcinoma, also called Bile Duct Cancer. . Going through cancer treatments is very expensive and medical insurance does not cover all bills. So funds will also be used to help Cholangiocarcinoma patients in Louisiana with some bills.  Your generous donation will help fund our mission.

Learn more about our upcoming events, fundraisers, and more!